This tutorial will help you to understand everything about containerization also called Container. At the end of this article, you will be able to understand the below topics,

1. Why do we need containerization?
2. What is container?
3. Difference of conterization over virtualization
4. Advantages of container
5. What is docker on container?

What is Container, What is Docker on Container – Get Started

Also Watch this “What is Container” Tutorial video on our YouTube Channel.

Why do we need containerization (Container)?

Containers are a solution to the problem of how to run the applications efficiently when moved from one environment to another environment. This is what the biggest problem we had before containerization.

lets say,  A developer has developed the Application code in his own machine, and it was working fine in his machine. But when he moved the same code to development server, application will not work properly.

Because, His own machine and development environment server configuration and versions are not similar. He developed the application code in python 2 and Development server has python 3.

This time, He is moving the application code to testing or production environment. But still not working because of some libraries are missing to run the application. 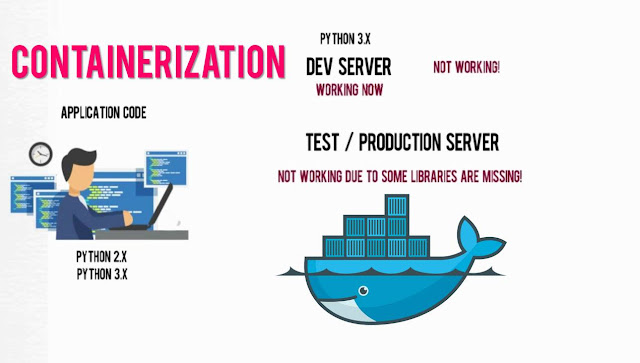 Its a big problem. So we needed a solution to make the applications able to run anywhere, on any machine.

That is why we have a technology called containerization (Container).

What is Containerization (Container)? 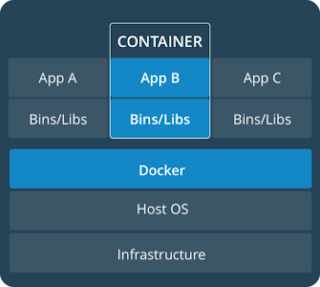 Containerization is a lightweight virtualization technology alternative to hypervisor virtualization. Any application can be bundled in a container can run without any worries about dependencies, libraries and binaries.

Because container creates the isolated environment with all the required dependencies, libraries and binaries to run your application with out any issue. Hence you can build the packages, ship the application to any environment and run it.

So Containers are designed to run on physical servers, virtual machines and any cloud instances.

Difference of containerization and Virtualization 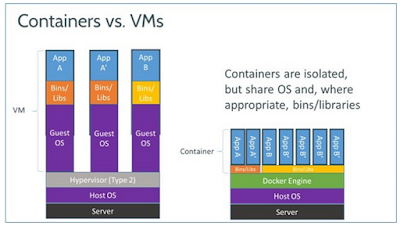 Virtualization technology that allow us to have multiple operating systems to share a single hardware processor.

Operation system / Guest OS lies on top of the hypervisor softwares. That might be Vmware esx, Microsoft Hyper V, Kvm, Xen and so on.

So i would say Containerization is an application-specific virtualization, because it provides application with dedicated environments in the form of container to run on, which can be deployed and run anywhere without a dedicated virtual machine with Operating system for each application.

Also Container was designed to solve modern problems and application management issues. so it’s not a replacement for virtualization,  but it’s complementary to it.

Containers are isolated, doesnt require operating system and it shares a host kernel. So containers run on the same server and use the same resources, they do not interact with each other because its isolated.

Its a Portable and light weight operating system and it contains only the required binaries, dependencies and libraries to run the application. so it can be move anywhere easily and can run without worrying about compatibility, dependencies kind of issues.

Faster and Resource Efficiency – Its very fast to boot, because containers are lightweight and start in less than a second since they do not require an operating system boot.

Resource efficiency Since containers do not require a separate operating system, they use less resources.

Improves Scalability and lowers costs – By allowing more containers in the environment without the need for more servers, containerization increases scalability anywhere from 10 to 100 times that of traditional VM environments.

What is Docker on container?

Docker is a tool designed to manage the containers. Using Docker you can create, deploy, and run the applications containers.

Hope you have got an idea about container, Going forward, we will play more with docker and containers.