This post will help you to learn everything about Docker from Basics.
End of this post, you will be able to understand,

Also Watch this “What is Docker” Tutorial video demo on our YouTube Channel.


What is Docker – Get Started from Basics – Docker Tutorial 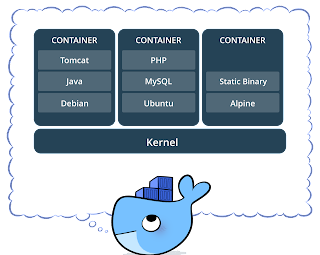 Already explained about the Containerization technology in the previous post, read out to know more about What is Container, What is Docker on Container – Get Started. This session explains only about the docker tool. 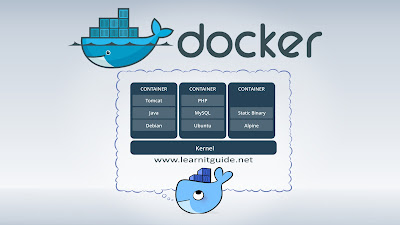 Docker really making an impact on the development of new generation applications. How?

Why do we use Docker?

1. Portability – An applications can be bundled in to a single unit and same unit can be deployed to various environments such as dev server, testing server and production server without making any changes to the container.
2. Light Weight – Docker containers are pretty lightweight so it provides a smaller footprint of the operating system via containers.
3. Fast Delivery and Scalable – Since Docker containers are pretty lightweight, So they can be deployed faster and they are very easily scalable.

4. Docker used  for Continuous Deployment and Testing. So With the help of containers, it becomes easier for teams across different units, such as development, QA and Operations to work seamlessly across applications.
5. Docker also provides you, ability to run multiple isolated OS on single host.
6. Resource Optimization – Docker enable you to utilize the maximum resources and reduce the resource wastages of your hardware.

This image shows you the Docker Architecture with Docker Components where you have docker client, docker host, docker hub, docker images, docker containers.

So Docker Architecture depends on three main components: which are

Its not neccessary that Docker Client must be available at the Docker host, it can also be used from the remote machine to manage your docker host. The Docker client and Docker daemon can be communicated each other using a REST API, over UNIX sockets or a network interfaces.

Docker Host (Docker Engine)
Docker host is the server where the Docker Daemon is running and it manages the docker containers and other resources. It listens and accepts the requests from Docker Client.

There are two types of docker registry available,
1. Docker hub – It is available in internet, Maintaining by Docker company in cloud. We can download (pull) the publicly available images or also we can upload(push) the images to Docker Hub online. We have two services available with docker hub ie public and private. If you want your images to available to everyone, set it to public. If you want your images only to you, set it to private.

2. Local Docker Hub – Its available locally within the organization. By default if we pull the images, it checks the local docker hub regsitry. If not finds the requested images locally, then it goes to download from online docker hub.

Docker Network
Docker network enables the network to communicate with other containers. By default, we have three networks created when you have installed docker.

Also we have other network drivers can be used for other features.

There are three types of storage available with docker.

Volumes are stored in a part of the host filesystem which is managed by Docker (/var/lib/docker/volumes/ on Linux). Non-Docker processes should not modify this part of the filesystem. Volumes are the best way to persist data in Docker.

Bind mounts may be stored anywhere on the host system. They may even be important system files or directories. Non-Docker processes on the Docker host or a Docker container can modify them at any time.

Hope you have got an idea about what is docker tool and its components. Refer this link to know how to install docker on CentOS 7 and RHEL 7

Going forward, we will play more with docker containers.