In this article, we will explain you the below topics through out this python tutorial.

1. What is python?
2. Why should we learn python?
3. Different versions of Python?
4. Integrated Development Environment(IDE) for Python – IDLE
5. How to install Python and IDLE on Linux? 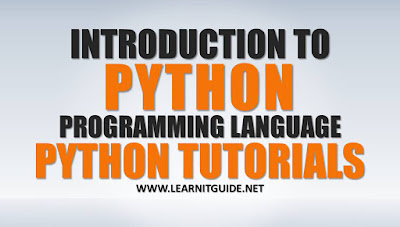 1. Opensource, Object-oriented and high-level programming language.
2. It is so simple, easy to learn syntax emphasizes readability.
3. Python supports modules and packages, which encourages program modularity and code to reuse.
4. Python is a general-purpose language, it can be used to build just about anything with the right tools/libraries.
5. Python is great for backend web development, data analysis, artificial intelligence, and scientific computing.
6. Many developers have also used Python to build productivity tools, 3d Modeling, Games, and desktop applications

Why should we learn Python?

Beginner Friendliness
Python was designed to be easy to understand and fun to use so you’ll be able to build prototypes and tools quickly with Python, many find coding in Python a satisfying experience. Thus, Python has gained popularity for being a beginner-friendly language, and it has replaced Java as the most popular introductory language.

Easy to Understand
Its so simple also a very high level language, Python handles a lot of complexity for you, so it is very beginner-friendly in that it allows beginners to focus on learning programming concepts and not have to worry about too much details.

Very Flexible
Python is really flexible. This means there are no hard rules on how to build features, and you’ll have more flexibility solving problems using different methods (though the Python philosophy encourages using the obvious way to solve things). Python is also more forgiving of errors, so you’ll still be able to compile and run your program until you hit the problematic part.

Community
When you step into the programming world, you’ll soon understand the importance of community, as the developer community is all about giving and receiving help. The larger a community, the more likely you’d get help and the more people will be building useful tools to ease the process of development.

Career Opportunities
Python is the 2nd most demanded skill and also the skill with the highest average salary offered.

With the rise of big data and devops, Python developers are in demand as data scientists, especially since Python can be easily integrated into web applications to carry out tasks that require machine learning.

Future
Python is the 4th most popular programming language.

With the rise of Ruby on Rails and more recently Node.js, Python’s usage as the main prototyping language for backend web development has diminished somewhat, especially since it has a fragmented MVC ecosystem. However, with big data becoming more and more important, Python has become a skill that is more in demand than ever, especially it can be integrated into web applications.

Clearly, Python will continue to reign in terms of relevance, and has a pretty good future thanks to its large community.

IDLE is an Integrated Development Environment for Python and it is built with the Tkinter GUI toolkit.

IDLE has the following features:
1. Its coded in 100% pure Python, using the Tkinter GUI toolkit
2. Cross-platform: works on Windows and Unix
3. Multi-window text editor with multiple undo, Python colorizing and many other features, e.g. smart indent and call tips
4. Python shell window (a.k.a. interactive interpreter)
5. Debugger (not complete, but you can set breakpoints, view and step)

Python 2.x is legacy one, Python 3.x is the present and future of the language

BUT, there is very limited third-party module support for it since its new. So, all major frameworks still runs on Python 2, and will continue to do so for a significant time. Therefore, if you learn Python today, you should learn Python 2, because that is the version you are going to end up actually using.

Some of the things in the scripts wont be able to run on both versions at the same time, So use the right one for your need and you’ll be fine. If you are learner, then no matter what you use.

How to Install Python and IDLE on Linux?

Login into the server and install the appropriate packages “python” and “python-tools” using yum command as below. If you dont know how to configure yum server on linux, click here.

Here, python is the actual package for python programming and python-tools package contains the IDLE package too.